Главная News Mycogen was attacked by the tax police

Mycogen was attacked by the tax police

Mikogen-Ukraine, the largest compost producer in Ukraine, was attacked by the tax police. Yesterday, February 21, tax officials broke into the enterprise, banned employees from leaving and began seizing documents.

The attack (not to be named in another way) is connected with the ongoing dispute between the Mikogen company and the tax authorities regarding the status of the agricultural producer. The regional tax administration does not want to recognize the farm as an agricultural producer, and charged the company 18 million hryvnias of fine. Moreover, fines were accrued not only for 2012, but also for 2011, according to the results of which the company has already successfully passed the audit. Mikogen appealed the district tax to the regional tax, but instead of considering the appeal, he received a “mask show”.

Fortunately, but not without a fight, it didn’t reach the process control servers. If the tax authorities decided to seize them as well, this could threaten even greater losses.

The leadership of Mikogen appealed to the Consulate of Poland, the US Embassy, ​​the head of the regional state administration of the Ternopil region and other organizations, but this has not yet yielded results.

But besides the problems for a particular enterprise, this situation poses a huge threat to the industry as a whole. Mycogen is not the only compost production in Ukraine. And everyone else also works as farmers. And if the tax administration decides to charge such fines to all compost industries – they simply will not stand it. 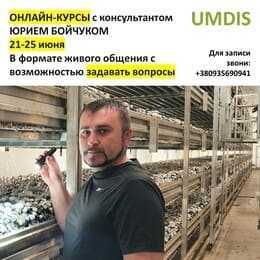